NLP a way of being and a guide for personal development 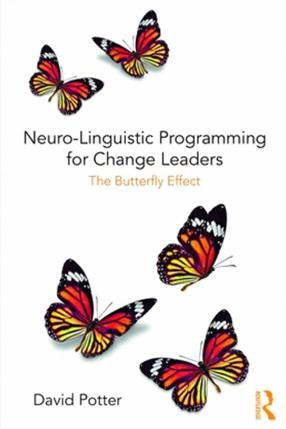 There is a view that Neuro-Linguistic-Programming is unscientific. And if we mean that its methods are not grounded in scientific study filtered through peer reviewed journals then this is not an unfair claim. However, it always surprises me when people challenge NLP for being unscientific as in all the training I have received here in Scotland and in its birth place University of Santa Cruz NLPU I have never heard an NLP trainer/developer refer to NLP as a science. Rather, within NLP circles the practice is regarded as a set of practical personal development tools. NLP gives you tools which help one develop one’s social skills and a practical philosophy towards personal growth. It also helps us fine tune both our intra and inter personal skills. It is this that I find useful and appealing about NLP as a manager, a trainer and as a lecturer.

In my book Neuro -Linguistic Programming for Change Leaders: The Butterfly Effect I review NLP  https://www.amazon.co.uk/Neuro-Linguistic-Programming-Change-Leaders-Potter/dp/1138495999as a developing field of practice that HRM Managers, Change Leaders, Line Managers and Executives can benefit from. Why? Because if we take one aspect of leadership that is now widely accepted as a critical competence Emotional Intelligence (E.I) then NLP offers techniques that are relatively straight forward to learn and apply in the service of improving one’s standards of EI.

EI is a term originally coined by two researchers Peter Salavoy and John Mayer and then brought into popular usage by Daniele Goleman. EI may be defined as the ability to reflect on how our emotional choices drive our behaviours and thinking styles and the decisions we make and thus impact greatly upon our social results. It also involves recognising emotional states in others and relating to these productively. I know from personal experience and from training managers from over 30 countries that NLP methods can have a productive influence on one’s competencies regards EI. Let’s look at an example of an NLP model developed by Robert Dilts and Stephen Gilligan which can have such an effect.

The NLP strategy that we adopt in our training courses is to build a coaching container for people to feel safe and confident to express their experiences. We refer to the coaching container as the manifestation of a group ‘COACH’ state which involves participants being in a state of Connected, Openness, Attentiveness, Centered and able to Hold difficult feelings in a state of curiosity:

Connected: You are connected in dialogue with others

Open: You are open to new ideas and the world views of others

Attending: You attend to the needs and aspirations of others

Centred: You have internal rapport and feel strong and confident

Holding: You can hold challenging feelings in a resourceful state

The opposite of COACH state is CRASH State which involves the following principles:

Contracted: Closed to the ideas and influences of others, self-protective and distrusting.

Action paralysis: The state of over-analysing (or over-thinking) a situation so that a decision or action is never taken, in effect paralysing the outcome.

Hurt or hating: Involves feelings of disappointment or rejection towards the wider social field.

It is important to note that we can be on a scale of integrative COACH or CRASH state at any point. However, we can intervene purposefully in our state and shift it towards another and, just like turning up the volume on a stereo, we can turn up the intensity of COACH State. This process of state management lies at the very heart of NLP and of E.I.

NLP is an area of personal development that is suitable for line managers as the quality of relationships that you can build over time will significantly determine the culture of the organisation.