The Emergence of the Academic Coach 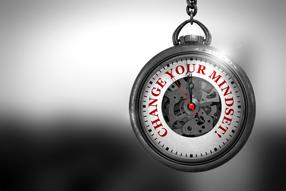 We have developed a coaching programme blended with aspects of NLP. Recently I was asked when have I been coached , either personally or professionally and how did I benefit from the experience?  BOOM…..a massive anchor that triggered a very positive recollection of a significant chapter in my life. Over a period of five years I was ‘coached’ by a leading academic (Professor in Organisational Behaviour) through a research project into cultural change in organisations. Each month for roughly 90 minutes the academic coach would meet with me and on reflection he was coaching me through my research process. That’s roughly 60 x 90 minute coaching sessions.  The Professor did not adopt a judgemental view of my work, rather what he did was to facilitate my understanding of the PhD process and build my confidence as a researcher and as an emerging ‘praca/academic’.

The academic coach (a term I have assigned to him) had an official title of PhD Supervisor which implies, for me something quite different to a coaching relationship. It implies an asymmetrical power relationship based on control and ‘supervision’. I was pleasantly surprised to experience a collaborative, nurturing, process of awakening, personal growth, and generative change. No only did I develop as an praca/academic I also developed as a person. This development process was unquestionably coached. The coaching skills that my academic coach demonstrated were as follows: